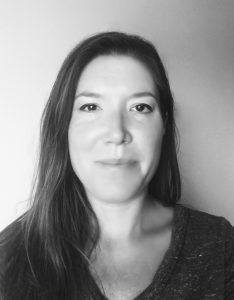 Tash is of Dene and eastern European background, and is of the Deer Clan. She was raised in, and is from, the Anishinaabe Community of Mattagami First Nation, though she is now based in Toronto, Canada. Her past work in advocacy, media-making, and project coordination has brought her to many places, nations, and waters, all of which has contributed to her growth and practice as an artist. She has had a varied early career coordinating and assisting for short-form independent projects, as well as coproducing and editing videos for non-profit organizations and collaborative projects within the Toronto Indigenous community.

Working primarily as a media maker for documentary content, and more recently installations using natural materials, projections, video and sound, she has presented work at a variety of film festivals internationally, the Toronto Reference Library, Allan Gardens Park, and the Ontario Science Centre.  She is also currently an Indigenous Placekeeping Fellow at Evergreen Brickworks and Future Cities, and is the manager of the Indigenous Arts Program at the Toronto Arts Council.